With the vendor of 500 Queen Street, Brisbane approaching the maturity of a closed-ended fund, Trident’s team of office leasing experts in Brisbane were engaged to assist with the selling of the building in 2012. At the time of the transaction, the asset was 44.17% vacant. During the sale, Trident was engaged to undertake the leasing, property management and facilities management of the property.

Upon appointment, Trident was able to lease 2,561sqm across the contiguous low-rise podiums of the building to an ASX top 50 listed company on a new five year lease. This was the largest transaction recorded in the Brisbane CBD secondary grade office market in 2013. Within six months of the owners settling on the building, Trident leased a further 844sqm to three separate groups, bringing the building to 100% occupancy. Given that the Brisbane CBD vacancy rate in 2013 was recorded at 19.7% (PCA), this was an extraordinary result.

Having reached full occupancy, Trident advised the client to undertake upgrades to the Mechanical Services and Tenant experience (for example, EOT facilities, lift car upgrades and foyer re-positioning) to ensure that the building would remain a strong performer in the market, and to ensure that, upon expiry of future leases, it would be in the best position to retain tenants. Trident managed these upgrades seamlessly and without interruption in a building that was never less than 98% occupied. The Mechanical Services upgrade reduced the building’s net electricity operating costs by close to $70,000, which was a 55.3% reduction in air conditioning costs during the Queensland summer.

Through working in partnership with the valued client, Trident have grown the asset’s net return by 25% in a very weak leasing market and ensured that the building offers top-of-class facilities and services to its current and future occupants.

Testament to the fact that Trident will consistently explore new avenues to add value to the assets we manage, they were able to secure a 15 year lease to install a digital signboard on the front of the building for $150,000.00 p.a. net – at no cost to Trident’s client. Conservatively, this adds $2.2 million in capital value to our Trident’s asset.

Speak With A Specialist Today!

With over 37+ years of experience in commercial real estate, we’re able to offer specialised advice & tailored solutions to your requirements. Get in touch with a member of our team today for a complimentary chat.

GET IN TOUCH NOW

Understanding of the local market

Trident Property Advisory will always act in the best interests of the client. In Leasing we will seek out the agents most capable, whether from Trident or another firm, to co-ordinate a leasing campaign that achieves the best results. Trident has developed a comprehensive and extensive network of property owners and industry contacts that allow us to be agile and swift in putting the right parties together to create successful outcomes. We pride ourselves on being at the forefront of marketing and technology strategies that help represent the property owner in a professional and engaging manner.

True success is delivered through professional tenacity and genuine team collaboration. This philosophy drives Shaun, inspires his team, and fuels the confidence and respect of his clients. Shaun has over 37 years’ experience, now leading Trident as Managing Director. He saw tremendous potential to turn Trident into a leading real estate firm focused on building solid long term client relationships, and dynamically pursuing property deals that would set the company apart from other real estate businesses. Shaun gained his extensive experience by being part of some of Brisbane’s most complex developments, and managing a prolific number of transactions across the private and commercial real estate sectors.

SPEAK WITH A SPECIALIST 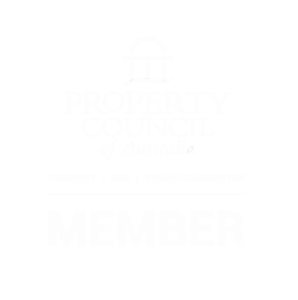 Speak With A Specialist